Awareness of ACEs: A Louisiana Snapshot—Successes, Challenges, Lessons Learned, and Next Steps

Abstract
Research demonstrates that adverse experiences early in life can lead to negative health and social outcomes many years later, and these findings have significant implications for infant mental health. In this article, the authors present the results of a statewide, cross-sector survey that examined the awareness and activities regarding adverse childhood experiences (ACEs) in Louisiana, a state that regularly ranks among the least healthy of all 50 states. Increased awareness of the effects of ACEs has mobilized efforts across the state, yet significant challenges, especially regarding the early childhood mental health workforce, remain. The authors discuss implications and recommendations for next steps.

Research demonstrates that adverse experiences early in life can lead to negative health and social outcomes many years later, and that exposure to multiple risk factors, as compared with a single adverse experience, more strongly predicts negative developmental outcomes. Perhaps the most influential of these studies is the Kaiser Permanente-Centers for Disease Control and Prevention (CDC) Adverse Childhood Experiences (ACEs) study (Felitti et al., 1998), in which more than 17,000 adult members of the Kaiser Permanente health care system reported on their experiences of abuse, neglect, and exposure to household dysfunction that had occurred before they were 18 years old. The investigators identified 10 different types of ACEs: physical, emotional, and sexual abuse; physical and emotional neglect; mother treated violently; household substance abuse; household mental illness; parental separation or divorce; and incarceration of a household member. The most important finding was a “dose-response” relationship between the number of adversities experienced in childhood with a vast array of adult health problems (Felitti et al., 1998). These findings have significant implications for prevention and early intervention for population as well as individual health, especially in settings with high prevalence of adverse experiences. 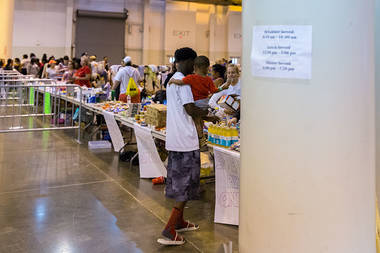 Because Louisiana’s population in general has more economic and social risks than the study population of the original Kaiser-CDC ACEs study, the relationship between adversity and health outcomes in Louisiana is vital to delineate. Louisiana is the least healthy of all 50 states and ranks 45th in obesity, 46th in cardiovascular and premature deaths, 47th in diabetes and frequent mental distress, and 48th in smoking (America’s Health Rankings, 2018a). Louisiana also ranks 49th for low birthweight and 46th for infant mortality (America’s Health Rankings, 2018b), both of which have been associated with ACEs (Smith et al., 2016).

In fact, Louisiana is ranked 3rd in the US of the highest per capita number of children (birth to 17 years) who have experienced two or more ACEs: 28.2% compared to 21.7% U.S. average (America’s Health Rankings, 2018b). Studies have also demonstrated the proximal effects of exposure to ACEs in young children, including maternal ACEs and young children’s adaptation. For example, mothers’ prenatal reports of their own adverse experiences predict telomere length in placental tissue and across infancy in their children, as well as associations with impaired stress response in children at 4 months and externalizing behavior problems at 18 months (Esteves et al., 2020; Jones et al., 2019). 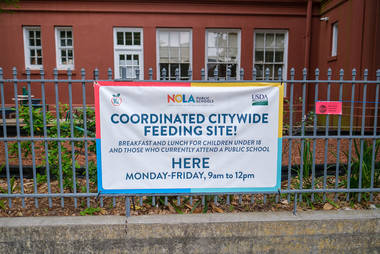 Louisiana is ranked 3rd in the US of the highest per capita number of children (birth to 17 years) who have experienced two or more adverse childhood experiences.

To address these challenges, the Louisiana ACE Initiative was convened in 2014. Comprising representatives from a variety of child- and family-serving state and nonprofit agencies, advocacy organizations, and academic institutions, the Initiative strives to be a “catalyst for efforts to recognize, prevent, and address the impact of adverse childhood experiences on children and families” (Louisiana ACE Initiative Bylaws, 2016). The ACE Initiative led the development of the Louisiana ACE Educator Program, overseen by the Louisiana Bureau of Family Health. Using the ACE Interface Master Trainer program (ACE Interface, 2014), the Louisiana ACE Educator Program recruits and trains multisector professionals to deliver public health education on ACEs science, the ACE Study, and protective factors. To learn more about the impact of ACE education in Louisiana, a partnership was formed among the ACE Initiative; the Louisiana Early Trauma Task Force, a subgroup of the National Child Traumatic Stress Network’s Early Trauma Treatment Network; and the University of Louisiana Picard Center/College of Nursing staff and faculty.