Primary Caregiving and Continuity of Care

Continuity of care means that children and their caregiver remain together for more than one year, often for the first three years of the child’s life. Learn how close relationships allow infants, toddlers, and their caregivers to flourish.

Caregivers who work well together are likely to share common, though not identical philosophy and practices. They probably have similar styles of communications and beliefs about how important it is to be attentive and responsive to children. For example, if one caregiver always lets her primaries know a few minutes beforehand when she will come back to change their diapers, another caregiver, changing a child’s diaper in her place, would similarly give children the advance notice to which they are accustomed. Consistent caregiving styles don’t take the place of primary caregiving, though; consistency creates a context within which primary caregiving can work well. 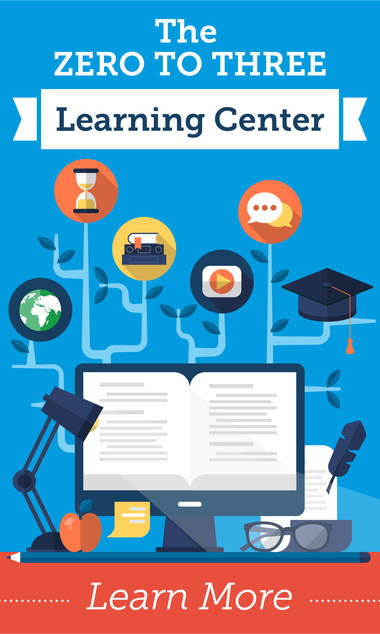 The caregivers’ good relationships with one another enable them to communicate effectively about children and about who will do what, with whom, and when. They can decide quickly who will go outside with which group of children, who will sit with the children who are eating, and who will put the other children to sleep. They can be flexible about filling in for each other, telling the child that because the primary caregiver is unavailable, “I will do this for you instead.” There is a sense of working together, cooperation and communication, and everyone pitching in.

Continuity of care means that children and caregiver remain together for more than one year, often for the first three years of the child’s life. It can take different forms. Children and caregivers can remain together in the same room in a mixed-age group in which children who enter as infants gradually become the big kids. Maybe one caregiver moves with a group of children. Even moving a cluster of children to the next age group rather than moving children individually contributes to some continuity of care.

Keeping children and caregivers together for three years has several benefits. Close relationships between children and their primary caregivers can flourish. The child, who says goodbye to the ones she loves every morning when they leave her at the center, does not have to say goodbye to the person who has helped her to adjust to life in child care.

The transition to a new set of caregivers in a toddler room can be harder on a child’s family than on the child; the family trusts the infant caregivers especially the one person who has connected with them and their child to know their child and to communicate with them about their child. Losing primary children can also be remarkably tough on teachers. It is unrealistic to expect caregivers to give children up to the group next door without feeling sad and perhaps a bit critical or at least concerned.

This 2-year-old felt the compassion to reach out to Ira. She knew him well enough to jump right in. Moreover, she knew the routine. Her caregiver had used those words with her often enough.

Like this child, with continuity of care, children and caregivers know the culture of their classroom well. Although some traditions will have to change to adapt to growing children which switching rooms may facilitate neither caregiver nor child has to learn each other’s or the rest of their groups ways from scratch.

Despite all these reasons for continuity of care, a survey by Debbie Cryer, Mark Wolery, and Sarah Hurwitz (“Continuity of Care”, 2002) shows that continuity of care with infants and toddlers is rare. Instead, programs move children from room to room as they reach developmental milestones, such as beginning to walk. Some centers even move children daily to maintain caregiver-to-child licensing standard ratios. Although this approach may make sense from an administrative point of view, it certainly does not make sense for children, families or caregivers.

Administrative concerns stemming from a scarcity of resources can be a stumbling block to continuity of care, and so is staff turnover. People are not interchangeable. Even when a fine person is hired to replace someone who leaves the center, relationships need to be established anew.

Caregivers leave their jobs for many reasons. Better compensation, and benefits, increased educational opportunities, and public awareness of the important job that infant and toddler caregivers do are crucial if caregivers are to remain in their positions. However, the quality of care for infants and toddlers will not rise automatically after these goals are achieved.

In fact, time for caregivers to communicate with each other, a team approach to caregiving, primary caregiving, and continuity of care are not magic bullets. There is no simple path to high-quality care for young children, although knowledge about infants, toddlers, families, and ourselves can help show us caregivers the way. Quality is something to work at together, learning not only from what others have written abut infants and toddlers but also with conversations with each other, trying new ideas, evaluating ten carefully, and always defining and redefining for ourselves what high-quality infant and toddlers care can be.

Excerpted from Theilheimer, R. (2006). Molding to the children: Primary caregiving and continuity of care. Zero to Three, 26, 3.