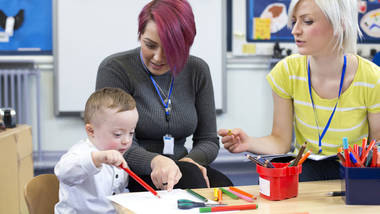 A nursery teacher sits with a parent to discuss the little boy’s progress. Building positive relationships with parents is critical to provide the best care possible for their children.