Recently, ZERO TO THREE convened a small group to discuss ways in which state advocates are engaging to support families through the national formula supply crisis. We were joined by advocates from Colorado, Georgia, Delaware, North Carolina, New Jersey, Ohio, and Virginia.

Here are a few highlights from the conversation:

• Advocates can play a significant role in gathering and sharing information with state agencies about how the issue is playing out on the ground.

• Current rules regarding donation of breastmilk to milk banks are very restrictive. One result of this is that in many states there is widespread “underground” and unregulated milk sharing. Advocates are exploring whether there are long-term changes that could be made to simplify donation to milk banks.

• While much of the available guidance addresses things families should not do (e.g., do not dilute formula, do not make homemade formula), it has the potential to shame families who are facing tough choices. It is important to include messaging that is clearly focused on what people can do.

• In states where there is significant distrust of the federal government, advocates are cautioned to hold government accountable but not exacerbate existing tensions in places where there may already be difficulty convincing state legislatures to access federal dollars.

• Moving forward, this is an opportunity to lift up the critical role that service providers, such as home visitors who are supporting families to navigate this crisis, play.

Georgia Early Education Alliance for Ready Students (GEEARS) advocates have reported some progress on the issue thanks to quick actions by the organization to survey Early Head Start providers in areas most impacted by the shortage. Responses to the survey provided valuable information, and highlighted how the issue is playing out in different areas of the state. Here are some wins:

• Unopened/untampered with formula returns – The state has received clearance from the federal government to change the policy of destroying returned formula, allowing for organizations to redistribute to community food programs instead.

• Waivers – USDA Food and Nutrition Services approved requests from the state Special Supplemental Nutrition Program for Women, Infants and Children (WIC) for waivers of the Maximum Monthly Allowance and Medical Documentation for Food Package I & II. The team worked overtime to complete required system changes to put them in effect within a few days.

• Vouchers – The Georgia WIC team quickly issued an email to all Nutrition Services Directors that they are authorized and encouraged to issue vouchers with single container quantities for all formulas, lessening the burden on WIC participants whose regularly issued vouchers require them to purchase multiple containers of formula at once.

• Formula status – The state’s infant formula supplier is using information from the GEARRS survey to target expedited orders to counties identified by Early Head Start as having particular access issues.

How is the crisis playing out in your state? Do you have strategies to share that might help others? We would love to hear from you at [email protected]. 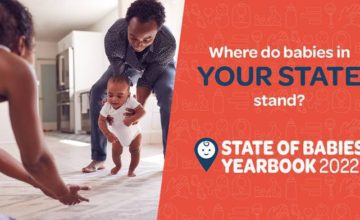 Babies and the Budget