My Baby is Fighting Their Sleep Routine

Q. Since my 8-month-old was a tiny baby, I have had a regular bedtime routine: bath, quiet play, books, bed. It worked like a charm. But now, after we've read our story, my son starts fussing and crying as I carry him to his room. What's going on? 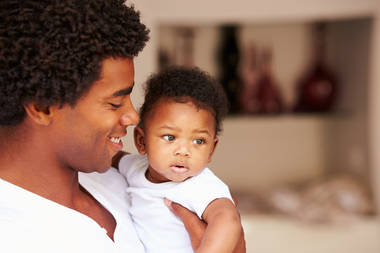 A. The same thing that is probably going on in thousands of other homes where there is an 8-month-old. At this stage of development, babies are figuring out what comes next. You have done such a good job with your bedtime routine that your son now knows that after the story is over, he has to separate from you—the person he loves and wants to be with the most. Why in the world would he want to do that?

Most 8-month-olds are also developing an understanding of object permanence-the concept that things exist even though they can’t see them. So now, when you put your son to sleep and leave the room, he may know that you are still out there somewhere. He is also starting to understand that he can make things happen. He’s well aware that if he fusses and cries, he just might be able to stall his bedtime and get to spend more time with you.

One strategy that can be helpful is to do the bedtime routine in your son’s room. This can make the transition to bed easier and will help him think of his room as a place of comfort and security. If he is still fussing when you put him in his crib, leave the room and see if he calms on his own. If he doesn’t, go in every few minutes for a second or two just to let him know you’re still there. Don’t turn the lights on or pick him up as that will only get him more aroused and make it harder for him to soothe himself to sleep. If you are consistent and stick with the routine, after a few nights he will likely stop fussing and soothe himself to sleep on his own.