Babies and Stress: The Facts

Even in the earliest months of life, very young babies are trying to make sense of what they are seeing and hearing all around them. 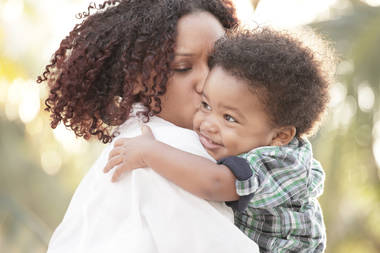 Babies figure out what’s going on in the world by watching parents’ reactions. So it is important for parents to be aware of the signals they are sending.

1. Babies can be affected by parents’ moods – and sense how they are feeling as early as 3 months old.

ZERO TO THREE’s national Parent Survey, *Tuning In,* found that almost half of parents (47%) believe children are not affected in this way until 1 year of age or older. And 50% of parents believe that the quality of a parent’s care does not have a long term impact on a child’s development until after 6 months of age. In fact, babies are wired for survival; tuning in to their most trusted caregivers – their parents – is one of their most powerful tools.

Even in the earliest months of life, very young babies are trying to make sense of what they are seeing and hearing all around them. This means that when parents experience ongoing, significant stress, babies absorb it. They pick up on their caregivers’ facial expressions and tone of voice—whether they are sad, angry, or happy—right from the start, and react accordingly. This is why it’s really important for parents to be mindful of their emotional state. Having healthy ways to deal with stress helps parents cope in ways that can minimize the impact on their baby.

Babies can begin feeling sadness and fear as early as 3-5 months of age. Our research revealed that 42% of parents believe babies begin experiencing these feelings at one year or older. But the fact is that way before they can say their first words, as early as 3 to 5 months old, babies experience a whole range of emotions including sadness, anger, and fear. A critical factor in nurturing healthy development is parents’ ability to read and respond in to their baby’s cues about how they are feeling and what they need to feel safe and secure. Parents experiencing ongoing stress can be preoccupied and thus have less bandwidth to tune in to their babies in this sensitive way.

3. Babies figure out what’s going on in the world by watching parents’ reactions.

They read the facial expressions and actions of their trusted caregivers to figure out the meaning of a situation—such as whether they are safe or should be wary or afraid. So it is important for parents to be aware of the signals they are sending. If a parent finds himself consumed with anger or worry, it is important to be aware of the impact on the child, and be mindful to try not to communicate these feelings in front of the child.

4. Babies can be affected by ongoing stress in their environment as early as 6 months old.

Tuning In found that parents expected this to happen much later. Stress can come in many forms for young children, from angry faces and reactions, rough handling, big changes in their daily routine or being overloaded by too much stimulation. There’s even research showing that sleeping babies’ stress levels go up when there is shouting in the home (yet 47% of parents believe this doesn’t affect children until age 1). So while all parents experience stress to varying degrees, remember that living with ongoing stress and fear can negatively affect children’s development. Tuning in to and taking care of yourself during stressful times is as important for you as it is for your child.

We’ve got expertise on child development. You’re the expert on your child. We’re in this together.

Hear more from parents about what they think, know and need – and get useful tips and resources at zerotothree.org.