On May 4th, the House of Representatives passed The American Health Care Act (AHCA), the first step to “repealing and replacing” the Affordable Care Act (ACA). If enacted, the bill would result in roughly 23 million people, including hundreds of thousands of babies and toddlers, becoming uninsured over the next decade. 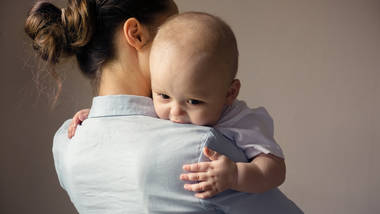 Like the original version pulled from the House floor prior to a vote in March, the final House bill would drastically restructure Medicaid, threatening the health of the most vulnerable children in America. To secure passage, House leaders accepted amendments detrimental to access and quality of coverage, such as allowing states to retreat from benefits the ACA deemed essential, apparently viewing pregnancy and care for growing children as exotic conditions. Now the debate over the future of American health care has moved to the Senate and fifty years of progress in covering young children is at stake.

Largely due to Medicaid and CHIP, and furthered through the ACA, the rate of uninsured young children was at a record low of 3.2 percent for children age five and under in 2015. The AHCA’s structural changes to Medicaid as an entitlement program, combined with its changes in marketplace plans, would reverse this historic gain. Medicaid restructuring would have severe consequences for the more than 34 million children in low-income families that it insures. The bill would cap federal payments to states for their Medicaid program, cutting funding by $834 billion over ten years. As a joint federal-state program, states now receive unlimited federal match for their Medicaid expenditures—meaning children and families can be assured of having their health care needs met. The AHCA would limit the federal contribution to a smaller and more predictable amount through either a block grant to the state or a “per capita” funding formula. The firm federal limits from both approaches would not respond to events that increase costs, such as rises in medical costs, the opioid epidemic, or emergencies. And they would make the program more vulnerable to future cuts to fund other priorities.

Reducing federal Medicaid contribution will force states to make hard choices with limited dollars. For young children, this could mean constricting Early, Periodic, Screening, Diagnosis and Treatment (EPSDT) benefits, a robust coverage mechanism that ensures children can receive medically necessary services. These services include screenings and treatments to identify and treat as early as possible the developmental delays or diseases low-income children are more likely to face. States electing a block grant would not be required to cover these comprehensive services at all. The AHCA would phase out Medicaid expansion, which allowed so many low-income parents to gain coverage that enabled them to seek basic care, as well as treatment for mental health and substance use problems. (See our brief, America’s Babies Need Affordable Health Care for more on how covering parents helps children.)

The AHCA’s new additions could push quality health care further out of reach for American families by allowing states to waive the requirement that insurers provide coverage for Essential Health Benefits (EHBs). States using waivers might no longer require insurers to provide basic care such as maternity and newborn care, hospitalization, and mental health and substance abuse treatment – all of which are now guaranteed. The Congressional Budget Office estimates the result could increase a family’s out-of-pocket expenses for maternity care and mental health services by thousands of dollars in a year.

How would waiving the EHBs affect young children? Let’s look at the basic facts about what children and their families need:

Although these waivers are optional, it is imperative to note that states will face unprecedented financial pressure because of the ACHA’s provision to restructure Medicaid and drastically cut federal funding, making it all the more likely that they will feel forced to pursue waivers to cut costs. And these waivers will be easy to obtain. States merely must attest—not demonstrate—that waivers would do one of five things, including lowering premiums or stabilizing the market, and they would receive automatic approval within 60 days.

When the ACA was enacted, a very concrete goal propelled it: to get every American covered, with the benefits needed to promote a healthier population. Quality care for babies and children, parents and non-parents, the elderly and the young, was seen as an objective worth the tough political choices and sometimes unsettling transformation of both the market and the relationship of individuals to insurance. The requirement that everyone be “all-in” for health care coverage not only made the affordability potentially viable; it also reflected a belief that a healthier populace means a stronger nation, which benefits everyone. The ACA flaws are real, but hardly irreparable if there is agreement that quality health coverage for all of our people is a goal worth pursuing.

It is hard to understand the bleak vision behind the AHCA. By extracting almost a trillion dollars from Medicaid and allowing lower quality insurance plans, it would constrict health coverage for many people: children who most need that guarantee; people with special needs; the mothers of our future workforce; the elderly; and parents and other adults with few economic resources. Whether the Senate works from the AHCA or starts from scratch, the real question is whether it will adopt the same pinched view of Americans’ need for health coverage or act with clear purpose to advance the goal of a healthier nation. It is essential that the Senate reject out of hand the radical upheaval of the basic guarantee of Medicaid to cover the most vulnerable children and families, including the expansion to more adults. And one thing is clear: its decision will affect the way young children start out life, with a strong or fragile beginning, for years to come.

Babies don’t have a voice, but you do! Join the ZERO TO THREE Policy Network for the latest policy news and updates on how you can get involved.