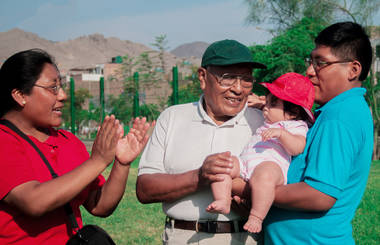 For parents thinking about social justice, Columbus Day and Thanksgiving each present a dilemma. How can we observe these holidays in a way that honors the experiences of Native Americans and tells the truth about American history? Read on for ideas.

Columbus Day/Indigenous Peoples’ Day—The “history” around Columbus’s arrival in America is not the heroic story many of us were taught. Here are some recommendations for parents:

Thanksgiving—For many adults, the story of the first Thanksgiving was one of our earliest history lessons. But the real history doesn’t include a happily shared feast. Here are some suggestions:

It takes thought and reflection to approach holiday celebrations in a way that recognizes the true history behind these events. By providing children with age-appropriate information and giving them opportunities to celebrate respectfully, we bring social justice to life in our parenting.