Ensure all infants and toddlers have the resources and support they need to thrive.

How can parents choose Halloween costumes that are respectful of other cultures? 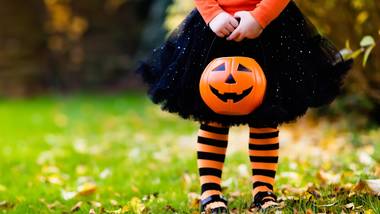 Q: My toddler wants to dress up for Halloween as Moana (a Disney princess from Polynesia). We are white, and I am wondering if this ok or not ok?

A: Thanks for that thought-provoking question. Whether or not it’s ok to dress up as someone from another race or culture comes up in many families. We don’t have the final answer on this one, but we’ve raised some issues for you to consider as you think this decision through.

Let’s start with Halloween costumes for under-three’s: They look cute in anything. Halloween at this age is more for parents (and the pictures!), than the kids themselves. Your toddler may find the whole thing confusing or scary.

Preschoolers are more likely to have their hearts set on a specific costume, like a favorite movie character. This brings us to the issue you’re asking about—when people take on elements of other cultures. One big argument against this “borrowing” of another culture is that the borrower is playing at being part of that culture and ignoring a long history and experience of oppression. This borrowing can also disrespect something that is deeply important to members of that culture, like traditional dress (for example, Native American regalia.)

We know that even as toddlers, children are developing an awareness of differences, including race. At the same time, their pretend play skills are growing by leaps and bounds. You’ll see young children try on lots of different identities: a mom, an astronaut, a dog, and yes, a princess from another culture. In terms of Halloween, experts have different opinions on how to approach character costumes:

What about other costumes?

Here are some tips for showing respect for other cultures when Halloween rolls around over the next few years.

Halloween is the perfect opportunity to continue family conversations about race and culture. Together, you can learn about diverse cultures and ways of being in the world. And together, you can find ways to celebrate that are fun and respectful.

This article is part of a series on Parenting for Social Justice.

View additional resources
Back to top