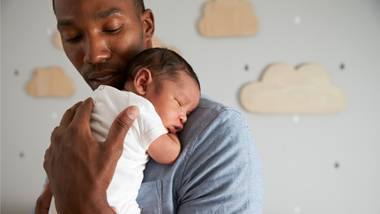 TCI provides up to four weeks of partial wage replacement to workers who take time off to bond with a new child or to care for a sick child, spouse, parent, grandparent, parent-in-law, or domestic partner. Employees can use the leave to bond with a biological child, adopted child, foster child, step child, a legal ward or a child of a domestic partner. Individuals on leave receive approximately two-thirds of their normal pay, though benefits are capped for workers making more than $61,400 per year.

TCI also provides job protection for employees who take caregiver leave. Employers are required to restore workers to the position they held before taking leave or to a position of equivalent seniority, status, employment benefits, pay, and other terms and conditions. Employers are also required to continue paying their portion of any health benefits workers receive while they are out.

Rhode Island’s Temporary Disability Insurance Program (TDI) provides partial wage replacement for participating workers who are temporarily unable to work because of a physical or mental condition, including pregnancy complications and recovery from childbirth. Mothers recovering from childbirth are typically eligible for six weeks for a vaginal birth and eight weeks for a cesarean birth. In 2017, there were 3,326 approved TDI claims for disabling pregnancy complications and/or to recover from childbirth. Women who give birth can take both TDI and TCI. Parents who do not give birth are not eligible to take TDI, but are able to take TCI.

In 2017, there were 4,968 approved TCI claims for bonding with a new child, 39% were filed by men and 61% were filed by women. Data indicate that higher-wage workers claim benefits more frequently than low-income workers, with 42% of individuals contributing to TDI/TCI making less than $20,000 per year, but only 19% with approved claims in this wage category. This is likely due to the fact that TDI/TCI provide only partial wage replacement (approximately 60%) and low-wage workers are not able to cover household expenses with that.

A University of Rhode Island study performance after the first year of Rhode Island’s TCI program found that people who use it reported better overall physical health, less stress, a greater sense of satisfaction and, in the case of mothers who used it for maternity leave, longer breastfeeding and more well baby checks.