Home/Resources/Learning Through Play: Birth to 12 Months

Learning Through Play: Birth to 12 Months

As babies grow, they learn to use their bodies to make discoveries. Find out what your baby is learning as they play with you, and activities you can do to support their development!

Babies learn largely through their senses: Their eyes, ears, nose, hands, and mouth are their tools. As babies grow, they learn to use their bodies to make discoveries. They begin to reach and grasp (watch out for long hair), which allow them to explore toys in new ways.

At around 9 months, babies are getting better at understanding cause and effect: “I push the button to make the music play.” They are also starting to understand that the things they can’t see still exist. This means a child will look for the ball that rolled behind the couch and call for you when you leave the room. As babies approach their first birthday, they will be good communicators, using their gestures, facial expressions, sounds, and maybe even some “words” (such as “duh” for “dog”).

This example shows how even during simple play times, babies are learning so much from you.

Marsha is playing with 4-month-old, Jared, who loves his rattle. “Let’s watch it fly,” Marsha suggests. She moves the rattle through the air so Jared can see it. Jared’s little arms and legs go like egg beaters! When Marsha hands the toy to Jared, he grabs it and begins to chew. Jared then shakes the rattle and delights in the soft, tinkling noise. Soon, Jared gets tired and turns his head away. Marsha takes the rattle and continues to shake it in front of Jared’s face. Jared closes his eyes and begins to wail. “Okay, I get it. Time for a break,” says Marsha. She picks up Jared and cuddles him.

During this playtime with his caregiver, Marsha, Jared learns about: 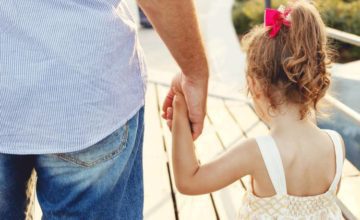