Calling all baby advocates: Join us in Washington, DC for the premiere of ZERO WEEKS, a documentary about America's paid family leave crisis and the cost of doing nothing. 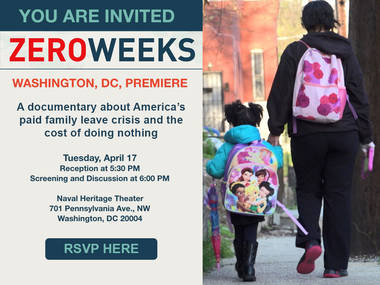 In one of the richest nations in the world, having a baby, a medical emergency or an aging parent can be a trigger into poverty. We are the only developed country without paid leave. Weaving powerful personal stories with insightful interviews, ZERO WEEKS, explores America’s paid leave crisis and the cost of doing nothing. ZERO WEEKS is the fourth film by award-inning director, Ky Dickens, a female director with a track record of using her work to shift public opinion. Learn more about the film and view the film’s trailer at ZeroWeeks.com. 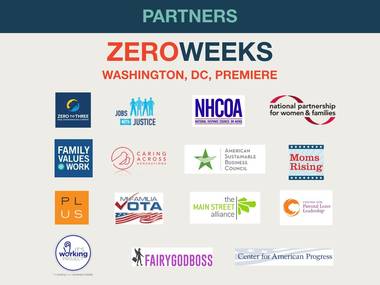