A Tribute To MaryLee Allen

On June 13, MaryLee Allen, the Children’s Defense Fund’s longtime Director of Policy and a dedicated voice for children across the nation, passed away. 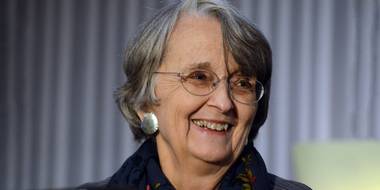 The children’s advocacy community was profoundly saddened by the recent death of a highly esteemed and much beloved colleague, MaryLee Allen. While she worked across many policy areas—and could frequently be heard exclaiming that “children don’t come in pieces”—her greatest influence was in the child welfare area. For those of us who work on these issues, MaryLee was the beacon we all followed, and it is difficult to imagine going about our work without her wisdom and leadership. Yet, even as we grieve over her loss, we celebrate the exemplary life she led and how much she gave, not just to the children whose lives she helped improve, but to those of us who were fortunate enough to work with her. In ZERO TO THREE parlance, we cannot think of anyone who better embodied our touchstone: how you are is as important as what you do.

MaryLee was the longest-serving staff member at the Children’s Defense Fund (CDF) and during her 42 years there, helped build CDF into the iconic children’s organization it is today. Her career there started with data collection, conducted with future First Lady and Secretary of State Hillary Rodham, on why children were out of school in the United States. This work influenced the enactment of what we now know as the Individuals with Disabilities Education Act, the first in a long line of major transformational legislation to which MaryLee’s work contributed, the most recent being the Family First Prevention Services Act.

In a tribute on the Children’s Defense Fund’s website, Marian Wright Edelman called her “a brilliant, passionate, persevering, caring servant leader—not a self-serving leader—committed to helping build a world fit for children.” These words capture the essence of MaryLee. She was not interested in being at the top of a pyramid, even though her grasp of child welfare policy was revered by all, but rather a key part of an interwoven web of advocates and policy makers. She was adept at encouraging others to venture into areas she saw needed attention. In ZERO TO THREE’s case, she encouraged our formation of and enthusiastically participated in an ad hoc working group on infants and toddlers in the child welfare system that led to the report, A Call to Action on Behalf of Maltreated Infants and Toddlers. She was a supporter of our Safe Babies Court Team™ work from its early days. As the leader of the Child Welfare and Mental Health Coalition, she created a welcoming space to convene advocates, share knowledge among ourselves, and learn about the major issues and legislative currents of the day. Her mentorship and leadership in the coalition ensures the legacy of her work will continue to endure and grow for the years and decades to come.

The role of mentor will be one of the most lasting parts of MaryLee’s legacy. Over her four decades at CDF, she helped hundreds of staff and interns find their footing, learn how to do their jobs with integrity, and grow into confident leaders themselves. She was a trusted sounding board and guide for Congressional staff over many decades, providing both institutional policy knowledge and sage advice, never a hard sell. You would be hard pressed to find an children’s advocacy organization without the fingerprints of MaryLee’s generous leadership and mentorship on it, and ZERO TO THREE is no exception.

As we go about our work, it is important to remind ourselves that great things can be accomplished through kindness and generosity as long as we always keep our sights on the children whose lives we strive to improve. While we feel this loss keenly, we can honor MaryLee by continuing to act on our commitment to policies that ensure every baby has the opportunity to realize their full potential.