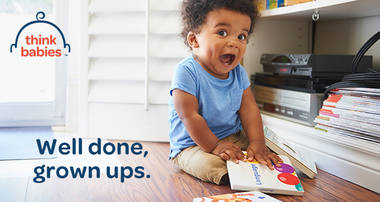 There are 12 million infants and toddlers in the U.S., each born with unlimited potential. But we know that our current system of policies and programs has not kept up with what babies and families across the country need to thrive.

New data released in 2019 show that nearly 1 in 5 babies are born into poverty. Yet only 8 percent have access to Early Head Start, which could set them on a path to success. Only 17 percent of all working people in the United States have access to paid leave through their employers, despite the critical importance of this essential time for development. Only 4 percent of babies and toddlers in families with low- or moderate-incomes can access child care subsidies at a time when infant care costs more than college in the majority of states. And far too many babies and toddlers continue to be held in detention at our southern border and in facilities around the country, often separated from their families and under grossly inadequate care.

That’s why each day, infant-toddler advocates continue to show up – on Capitol Hill, in state capitals, on social media, and on the phone lines – to urge their leaders to Think Babies™ and prioritize the needs of babies and families. Nearly 70 national and state organizations have joined forces as partners in Think Babies, adding their power to our network of more than 50,000 dedicated advocates across the country.

Together, our voices are being heard. In 2019, our network of advocates continued to contact their policymakers, collectively reaching over 90% of Members of Congress. We reached up to 27 million people through social media and increased the visibility of infant-toddler issues through more than 300 media hits in national and state outlets. Finally, more than 1,700 people participated in seven Strolling Thunder™ events across the country this year, bringing the stories of babies and families directly to policymakers.

And together, we’re getting results. As we look back on 2019, ZERO TO THREE is excited to celebrate some full-sized wins for our tots, including:

Advocates must ensure that babies continue to be part of the national conversation. Join in the momentum.

Think Babies with us!