Home/Resources/What is implicit bias and why does it matter to parents?

What is implicit bias and why does it matter to parents? 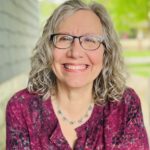 Making a choice about what beliefs we pass on to our children.

Implicit bias can prevent us from appreciating, connecting with, and truly seeing our fellow humans. Our biases can limit who we hire and who we hang out with. And we can pass our own biases on to our children without saying a word.

Think about a parent holding hands with their toddler, walking through the park. A group of teenaged boys approaches them, laughing loudly and play fighting. Imagine that the teens are a different race from this parent or speak a different language. The parent doesn’t recognize them from the neighborhood. Without thinking, the parent grasps their toddler’s hand more tightly. As the teens approach, the parent picks their toddler up until the group passes. The parent does all of this without thinking. But the message is clear to the toddler: People who look or talk like this are not safe for me.

(Interested in other examples? You can watch a fascinating experiment showing how easily adults can unintentionally pass bias on to very young children here.)

The world is full of images that contribute to bias—in movies, video games, television shows, and news reports. What we learned and saw as children silently shaped our own perceptions of the world. Now that we are parents ourselves, we can make a choice about what beliefs we pass on to our children.

Disrupting Implicit Bias In this video, Dr. Rosemarie Allen talks about disrupting implicit bias in ourselves and in early childhood programs. Dr. Allen is Associate Professor of Early Childhood Development at the Metropolitan State University of Denver and President and CEO for the Institute for Racial Equity and Excellence.

This article is part of a series on Parenting for Social Justice. For more, visit zerotothree.org/parentingforsocialjustice. 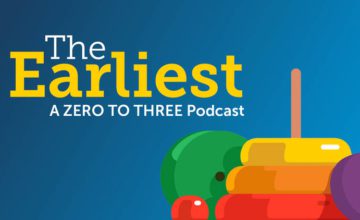 The Earliest, a New Podcast from ZERO TO THREE