Home/Resources/Focus on ZERO TO THREE Fellows

Focus on ZERO TO THREE Fellows

In this issue, we are honored and delighted to hear from ZERO TO THREE Fellowship Academy member Dr. Zohreh Zarnegar about a topic of deep concern to her: the “clear and compelling duty and responsibility to endorse, support, and promote breastfeeding for every mother who is able to feed her baby during the first year of life.” Drawing from personal experience and a depth of professional knowledge and work with families, Zohreh shares her passion for supporting infants and mothers, and the families, communities, and countries in which they live.

Zohreh Zarnegar, PhD, MS, MA, is a pediatric neuro-psychologist serving young children and their families in California since 1982. She provides mentoring and training for health care professionals around the world who serve families with young children exposed to traumatic experiences and children diagnosed with Fetal Alcohol Spectrum Disorder. In 1998 she proposed and lead the Infant-Early Childhood and Family Mental Health Program (ICARE) in Los Angeles County. She is a ZERO TO THREE Graduate Fellow (2002–2003), California Endorsed Infant-Family Child Mental Health (IFECMH) Specialist-Reflective Practice Facilitator & Mentor, a Child Trauma Academy Fellow, and a human rights activist.

Why Should We Support Breastfeeding?

I was quite young when I learned about the importance of mother’s milk.

When I was growing up, I knew a child who was not born to our mother, yet my siblings and I were told he was our brother because our mother breastfed him. He was the son of my mother’s best friend who was born around the same time as my older brother. His mother could not breastfeed him and, out of affection for her friend, my mother volunteered to feed him along with her own newborn, my older brother.

Later on, I learned that what happened in my family was not an exception, but a necessary common practice in many ancient cultures that continues today. Current scientific evidence affirms the wisdom of this practice, confirming that mother’s milk is the best natural source of nutrients and has substantial benefits for the overall development of babies. (1)

However, further literature review of the importance of breastfeeding in various cultures (e.g., Hausman, 2003) reveals that in the United States, since formula feeding was introduced in the 1920s, the choice of how to feed infants has taken on social, racial, and economic dimensions, generating a conflict for mothers who wish to breastfeed their babies.

Excluding situations in which a mother is not able to, or advised not to, breastfeed her newborn baby (in cases to prevent transmission of infectious diseases) (2), through this writing, I will present some of the many short- and long-term benefits of mother’s milk for the health and well-being of babies that I have learned over the years. My hope is to offer a strong rationale for using our resources to teach, support, promote, advocate, and exemplify breastfeeding as much as possible.

In the United States, the rate of breastfeeding has risen from 75% in 2011 to 81% in 2018(9). However, some factors continue to obstruct some mothers’ ability to breastfeed their babies. These include:

The Need for Worldwide Breastfeeding Champions

Subjecting a mother to shame or making her feel guilty for her decision not to breastfeed her baby for personal or health related reason(s) would not benefit the mother, the baby, or their relationship. Instead, professionals and policymakers have a clear and compelling duty and responsibility to endorse, support, and promote breastfeeding for every mother who is able to feed her baby during the first year of life.

My mother’s gift of kindness to her best friend made a lasting impression on me, as have the thousands of mothers and newborns whom I have had the privilege to serve in various capacities. Virtually every mother I’ve met wants what is best for her baby. At the international level, however, the challenges to breastfeeding remain wide, where clinical, as well as social, geopolitical, and economic issues are affecting the lives of children and decisions of their parents. Personally, I propose to put the welfare of children above all else. My commitment is to ensure that mothers around the world have every support at the family and community level they need to give their children the gift of their own breastmilk. 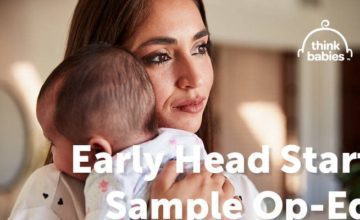